Carboxytherapy is a rejuvenating technique with a therapeutic effect, which is based on the administration of carbon dioxide (CO2) under the patient’s skin, aimed at activating collagen synthesis and tissue regeneration. It is the deficiency of collagen in the tissues that causes defects in adulthood. 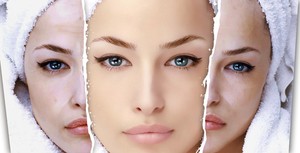 The principle of carboxytherapy’s action

First of all, CO2 injections fight with the lack of oxygen in the tissues. Because of its lack most people over the age of 30 years have such problems as loss of elasticity and firmness of the skin, acne, spots, redness.

It should be noted that the procedure of carboxytherapy performs several functions:

Carbon dioxide, which saturates the skin, activates blood circulation and helps to release oxygen easily. The treated skin receives a powerful stimulus to regeneration, supported by the body’s own resources, which are also activated. As a result, after several procedures the skin tissues are restructured.

In parallel, there is a splitting of fat deposits, which eventually enhances the therapeutic and rejuvenating effects. Carboxytherapy, especially in tandem with the Cryolipolysis procedure on the CoolShaping device will help you to get rid of the hated fat as soon as possible, while making the skin elastic and toned. In addition, carboxytherapy promotes the formation of new collagen fibers, stimulating the function of fibroblasts. It is on this mechanism that the expressed aesthetic result of the technique is based – it is increased elasticity and elimination of sagging skin.

Carboxytherapy is indicated to solve the following problems, not only cosmetic, but also medical:

CO2 therapy is also successfully used during recovery from injuries and operations and as an additional assistant in the fight against obesity.